The bill, as originally drafted, would have required a 55% vote for any citizen initiative that would expressly stop development or construction within the city, county, or city and county. The SOAR renewal initiatives would have been impacted by this bill. 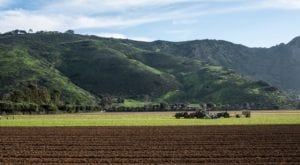 Driving up the threshold to renew SOAR in 2050 would encourage SOAR opponents to throw even more obstacles at the renewal campaign. This past election the countywide measure received 58% of the vote, only 4% above the new 55% threshold.

As you can imagine, the development industry was lining up in support of this bill and it moved quickly out of the Assembly and to the Senate.

The SOAR Board and SOAR members actively contacted our state Senators. We are grateful that Senator Henry Sterns introduced two critical modifications into the bill while it was in the Natural Resource Committee that he chairs. The bill now exempts initiatives that are focused on conversions of land zoned open space, agriculture or rural, and also initiatives that renew an existing SOAR curb boundary.

With those changes, the bill will no longer require a super-majority vote to renew SOAR. We really appreciate Senator Sterns leadership on this effort.

When SOAR needs to be renewed in 30 years, the grassroots campaign will appreciate not having to win a super-majority vote.

agriculture, conservation, farming, food, open space, SOAR, ventura
(c) SOAR
SOAR is a series of voter initiatives that require a vote of the people before agricultural land or open space areas can be rezoned for development. READ MORE
DONATE
NEWSLETTER
Copyright All Rights Reserved © 2018 • Designed by LoaCom
Contact Us