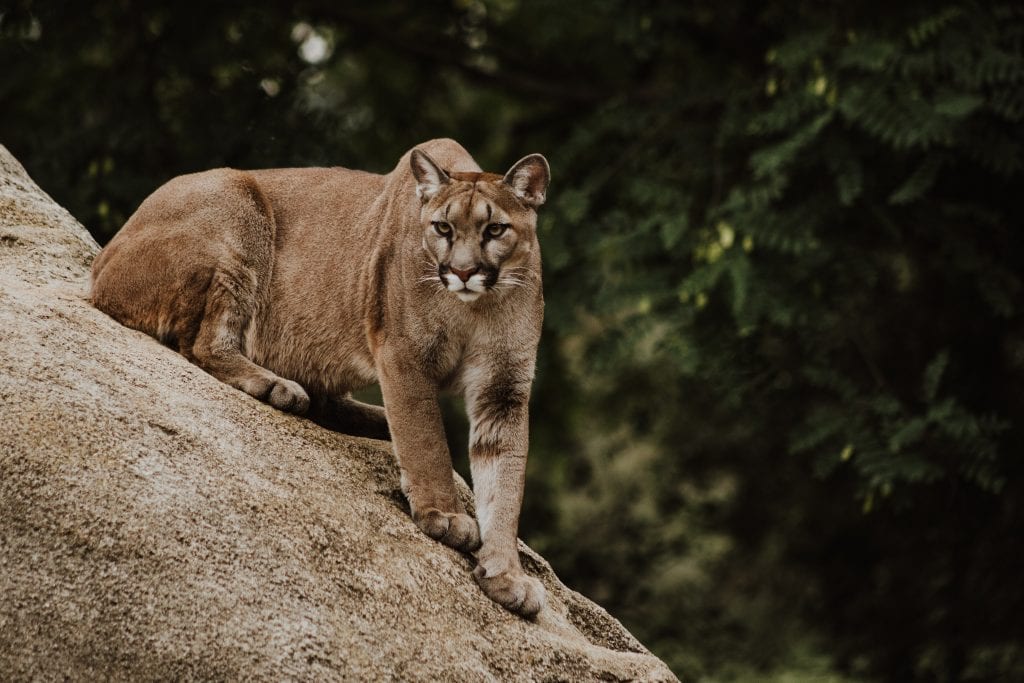 On average, a mountain lion a year is killed from vehicle collisions while moving to and from the Santa Monica Mountains. The inability of wildlife in the Santa Monica Mountains to connect to inland mountain ranges is a major reason why mountain lions live for only 3 years in our mountains, one-third of the species’ natural lifespan. The good news is, there is something we can do to reverse this trend. 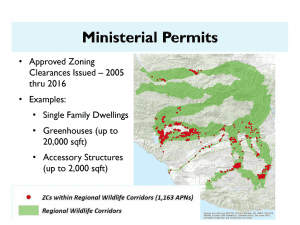 The Ventura County Board of Supervisors is moving on a first-of-its-kind wildlife corridor zoning aimed at keeping the open space corridors between the mountains traversable by wildlife. This is all the more necessary now that the mountains have burned leaving wildlife with little remaining habitat. The proposed wildlife corridor zoning is based on the South Coast Missing Linkages Report that was produced by a consortium of resource agencies and conservancies, including the National Park Service, the California State Parks and The Nature Conservancy, that identified the corridors that are used by wildlife.

The major wildlife corridor that connects the Santa Monica Mountains to inland mountains through the Tierra Rejada  Valley and the Simi Hills is particularly threatened, despite efforts to build bridges and tunnels for animal crossings. This is because currently there is no consideration given to the wildlife corridor in the building permit process. Each year more of the wildlife corridor is being narrowed and blocked off with new structures.  Between 2005 and 2016, 1,163 over-the-counter permits were issued to build in the wildlife corridors. More impermeable fences, roads, and buildings are continuing to be built causing wildlife to disperse into residential areas, inbreed, or be hit by cars. 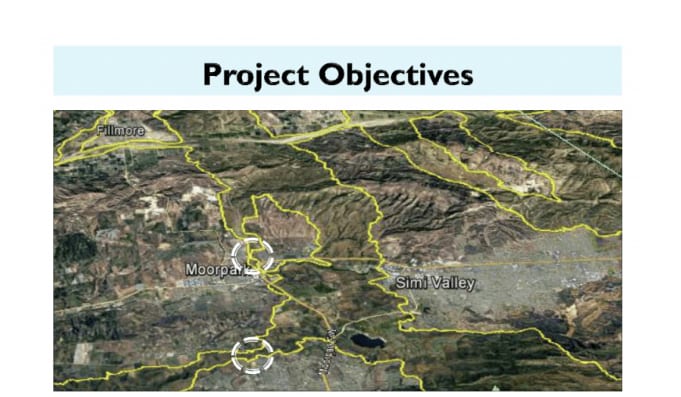 Two “chokepoints” where the corridor is being blocked off by development.

If passed by the Ventura County Board of Supervisors, the wildlife corridor zone will protect creeks, reduce night lighting,  specify fencing type for new fences, and in critical corridor areas, require clustering of new buildings away from the most threatened part of the corridor so wildlife can still pass through the open space. However, if builders don’t want to place structures away from the corridors, they could still build but instead of the easier over-the-counter permit, they would need to go through an environmental review and get a discretionary permit. The wildlife corridor zone would not effect the Fire Department’s requirement for brush clearance or limit their ability to do prescribed burns. Fences for agricultural crops would be exempted from the new rules, and allowances would be made for fences and lights to secure homes, light sidewalks, driveways, and night businesses, but not light up the night sky. The wildlife corridor zoning would also help channel wildlife away from roads and towards wildlife crossing structures. 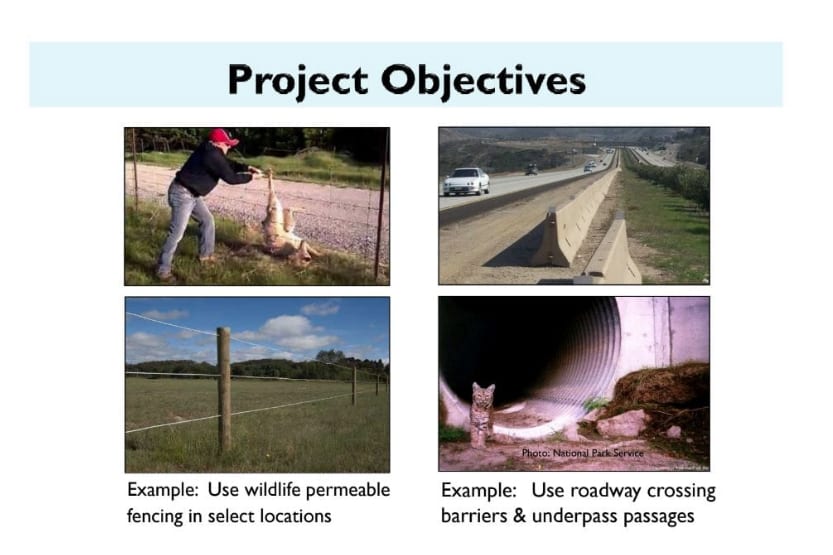 While builders are concerned there are already too many regulations, in fact, there is no big-picture plan to allow for development that keeps the survival of mountain lions and other threatened species in mind. Instead, what we have is a project-by-project approach that analyzes the impacts building has on its piece of the environment. The proposed approach is superior because it:

We have worked hard in Ventura County to protect open space lands, now we must complete that work by protecting the animals that inhabit them.

How To Show Your Support

Comments can be emailed to Shelley Sussman at Shelley.Sussman@ventura.org, or sent by mail to: