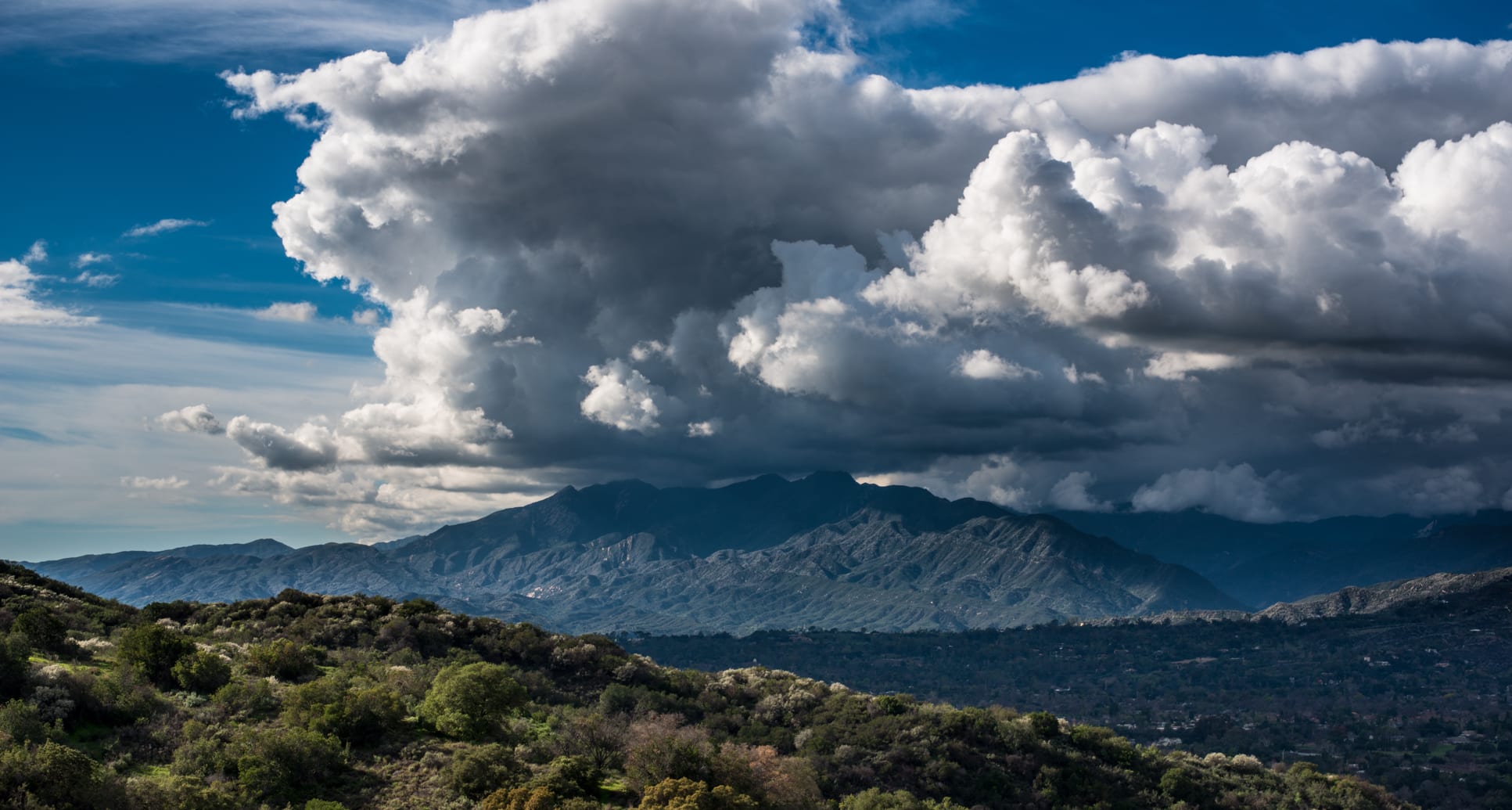 Wildlife corridors link fragmented areas of habitat through open space, allowing wildlife to get to essential core habitat areas for water, food and mating. Until now, Ventura County has not considered impacts to wildlife when granting over-the-counter ministerial permits for structures in the corridors. This first-of-its-kind Wildlife Corridor zoning will allow for both wildlife mobility and human activity. 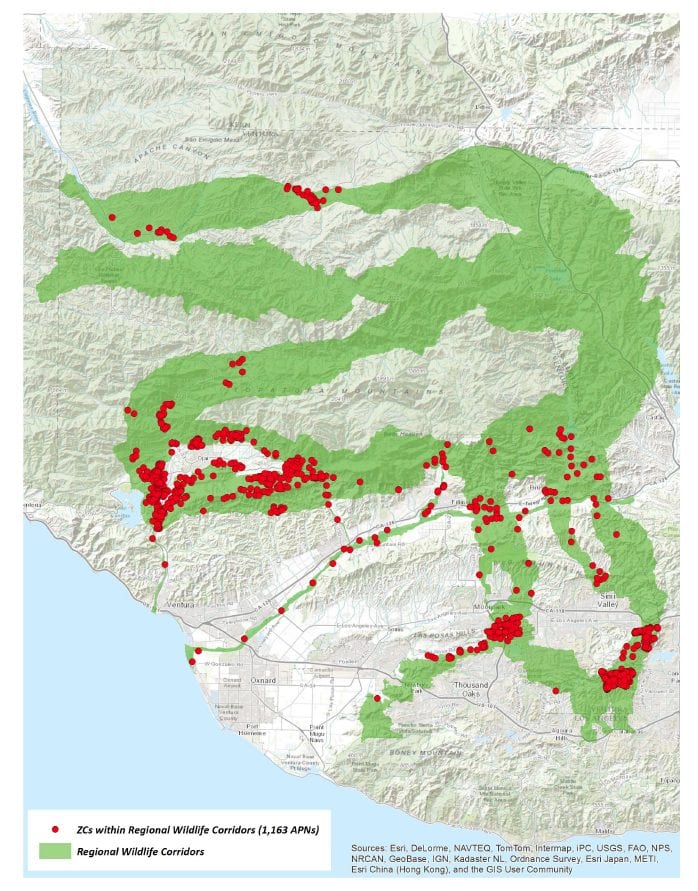 Over one thousand permits were issued for structures in Ventura County’s wildlife corridors over the last decade. When corridors become blocked off, it forces wildlife to disperse onto roads and into neighborhoods. Keeping the wildlife corridors traversable by wildlife by seeing that new development doesn’t block off the corridors, will help ensure the existence of several wildlife species in our region. 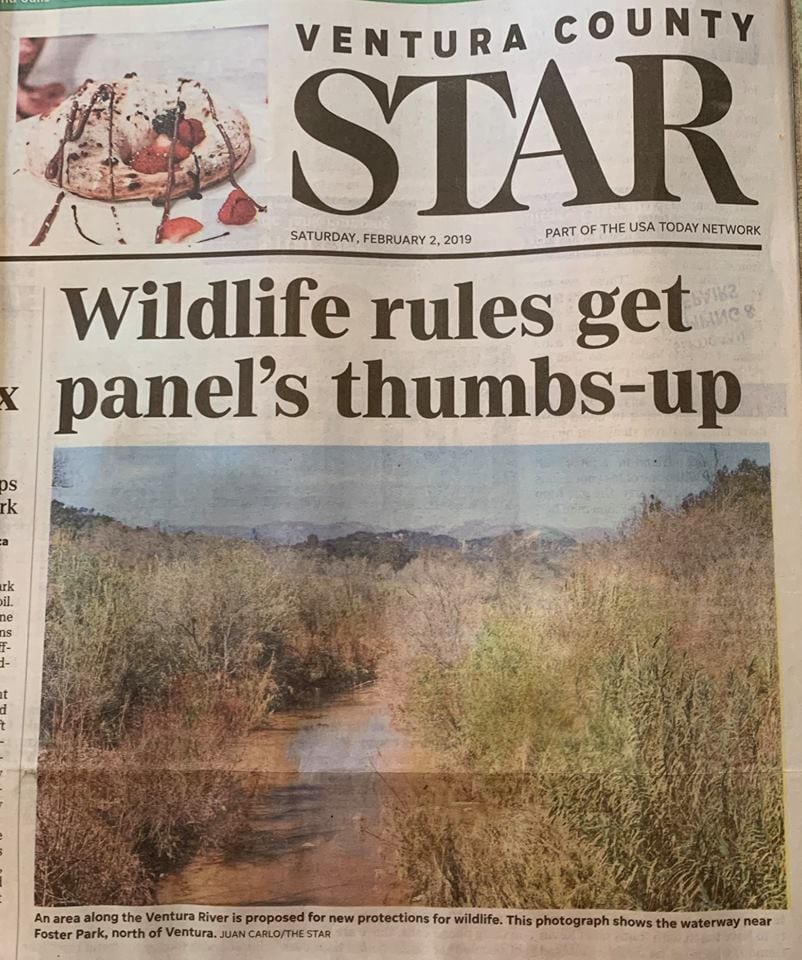 After a unanimous vote to recommend adoption of the proposed Habitat Connectivity and Wildlife Corridor zone at their January 31, 2019 meeting, the Ventura County Planning Commission’s recommendation will now be considered by the Board of Supervisors for adoption at their meeting March 12.

Here’s what you need to know:

This Could Help Bird Migration 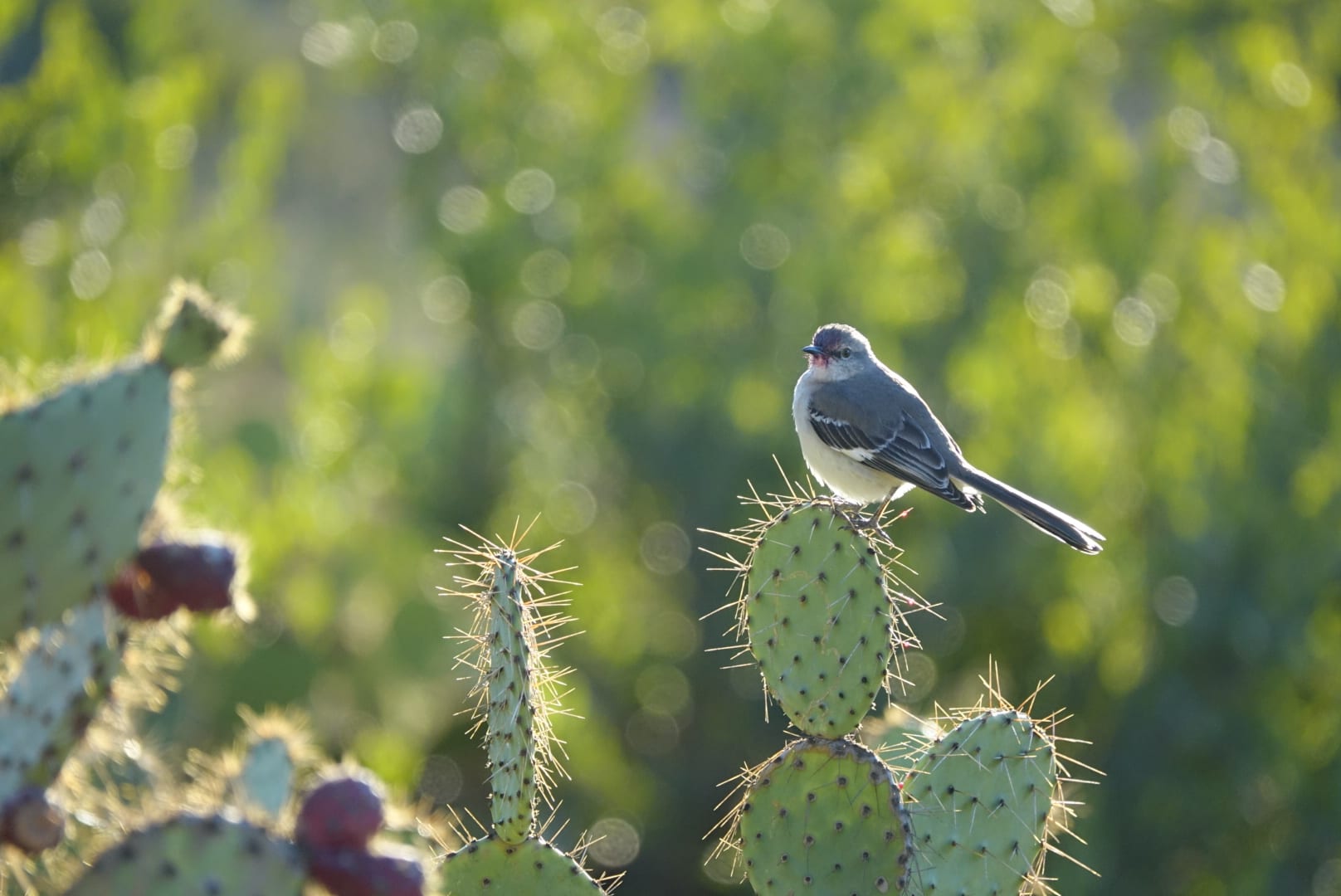 Wildlife Corridors allow for lighting for security, and for walkways, roadways, driveways, essential needs, holiday lights, and lighting for temporary recreational and agricultural activities.  Requirements focus on reducing non-essential lights at night because it is harmful to birds and other wildlife, for example not shining lights up in the sky and up trees after 10pm when people are no longer present. Read full article.

Ventura County’s Large Variety of Wildlife Depends on Us 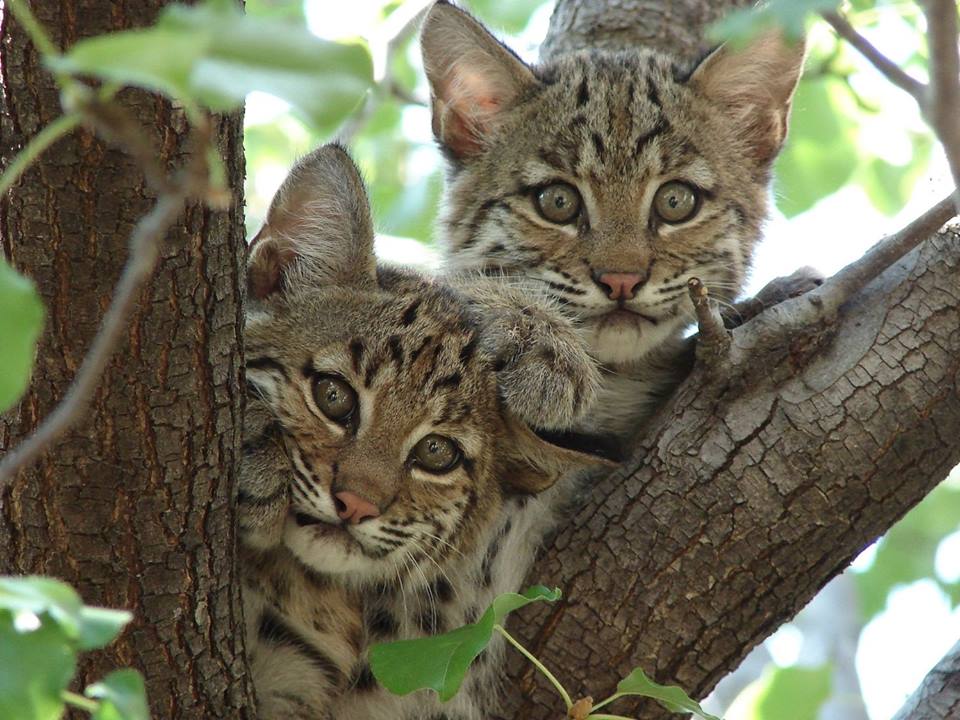 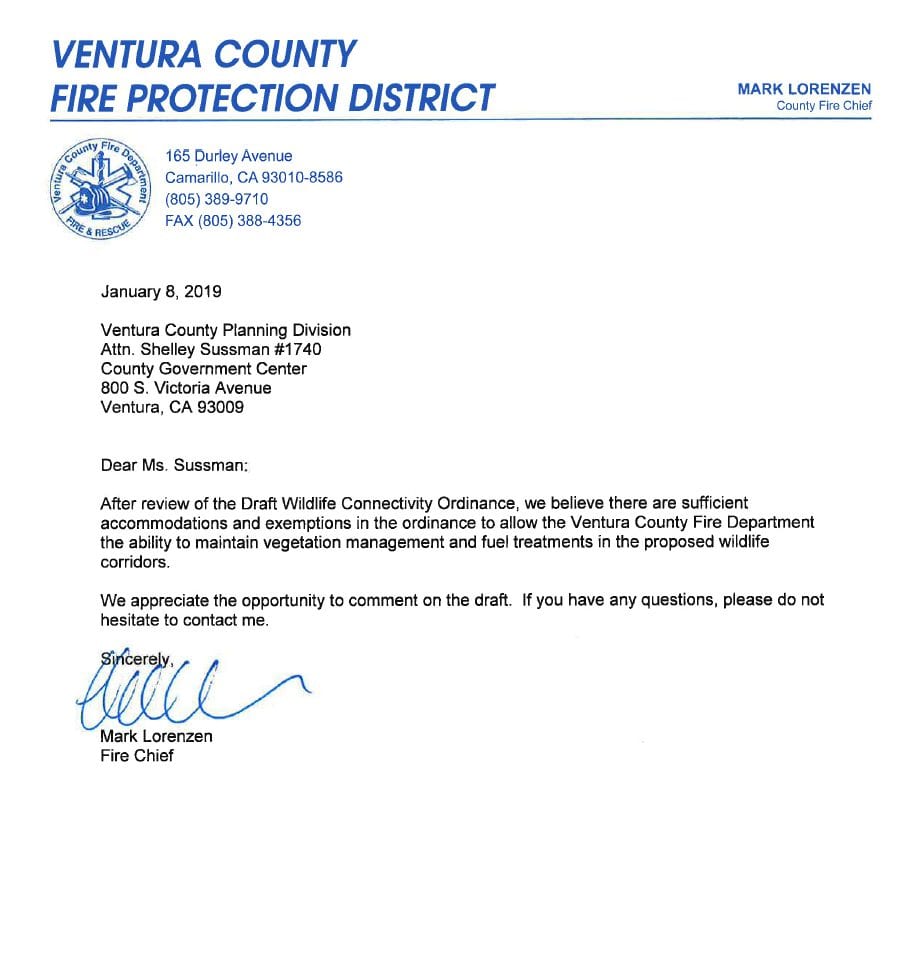 Protecting wildlife and protecting homes from fire are two non-conflicting goals of the proposed Wildlife Corridor zoning ordinance. Property owners will still have to clear brush away from their structures, and controlled burns are still allowed.  In sum, says the Fire Chief, the Fire Department still has “the ability to maintain vegetation management and fuel treatments in the proposed wildlife corridors.” 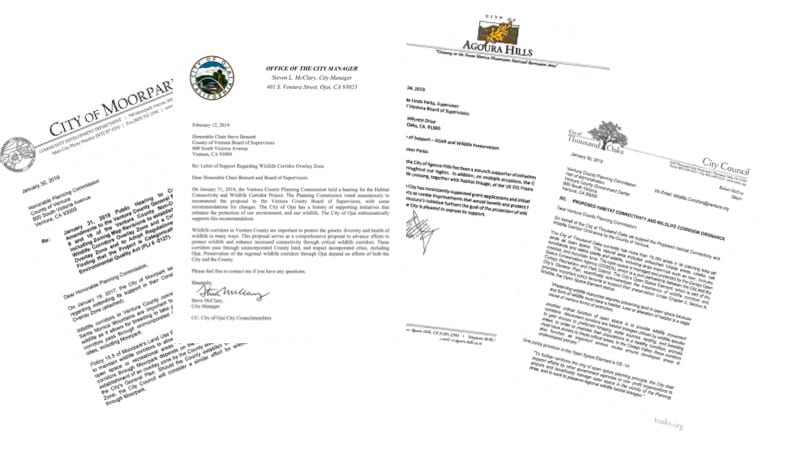 Kudos to Ventura County cities for representing the values of their citizens! Thank you to the cities of Moorpark, Thousand Oaks, Agoura Hills and Ojai for their letters of support for Ventura County’s proposed Wildlife Corridor zone! Your cities know that we all benefit when we design with consideration for the preservation of nature.

Don’t Fence Me In! 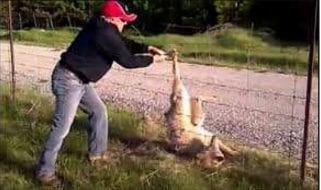 While all existing fencing is exempted, and it only applies to new wildlife-impermeable fences in the Open Space and Agricultural zones, it’s important to note that the Wildlife Corridor zone exempts impermeable fences around crops, and around homes up to 50-feet away.

Recent Posts
(c) SOAR
SOAR is a series of voter initiatives that require a vote of the people before agricultural land or open space areas can be rezoned for development. READ MORE
DONATE
NEWSLETTER
Copyright All Rights Reserved © 2018 • Designed by LoaCom
Contact Us