A major widening project planned for Ventura County’s most traveled freeway, Highway 101, is welcome news to those who hate being stuck in traffic. However we know it will also come with a hefty price tag, as well as impacts to local communities and years of construction-related traffic snarls.

Three design options are being considered to add at least one carpool lane to the 101 between the 23 freeway in Thousand Oaks and the 33 freeway in Ventura. The most expensive option is a $2 billion expansion that would add one carpool lane and one regular lane in both directions. This option would greatly expand the footprint of the freeway and take out farmland and open space in its wake. The second option to be considered would add one standard width carpool lane in each direction.  The third and less-costly option (approximately $750,000) would add a carpool lane by narrowing lane widths and shoulders, which would also result in increased accidents.

The project’s goals are to reduce traffic congestion and increase capacity along this 28-mile stretch of freeway. However, as other freeway widening projects have shown, sometimes these two goals can be at odds with each other. For example, when the 405 Freeway in the Sepulveda Pass was widened, the added capacity brought one thousand more cars per hour to fill the new lanes, but the traffic still moves at a crawl during peak hour congestion.

It is of note that an option of adding a light rail line down the center of the 101 freeway will not be considered. It is estimated that a light rail line for the 28-mile stretch would cost in the neighborhood of $2.8 billion.

On the brighter side, it is anticipated that fewer people will be driving in ten to fifteen years from now when the 101-widening project would be completed. Instead of driving, it is believed that more people will rely on rideshare services like Lyft and Uber, and driverless cars will become the norm. Some experts believe this shift will negate the need for adding more lanes to roads because existing lanes will be used more efficiently.

In the interim, while we’re making this shift, freeway planners will continue to try to relieve congestion by adding more lanes. SOAR supporters know that our collective vision for Ventura County includes protection of open space and farmland, and not having Los Angeles-type congestion.  It is hoped that in the future there will be better options to relieving congestion than just adding more and more lanes to our ever-crowded freeways.

101, highway, open space, traffic, ventura county
Recent Posts
(c) SOAR
SOAR is a series of voter initiatives that require a vote of the people before agricultural land or open space areas can be rezoned for development. READ MORE
DONATE
NEWSLETTER
Copyright All Rights Reserved © 2018 • Designed by LoaCom
Contact Us 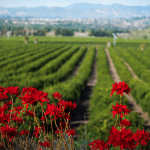 SOAR Input Modifies AB 943 that had put SOAR Renewal at Risk.From the blog

SOAR 2050 Wins Final BattleFrom the blog, In the News